The city of the "Candelieri" 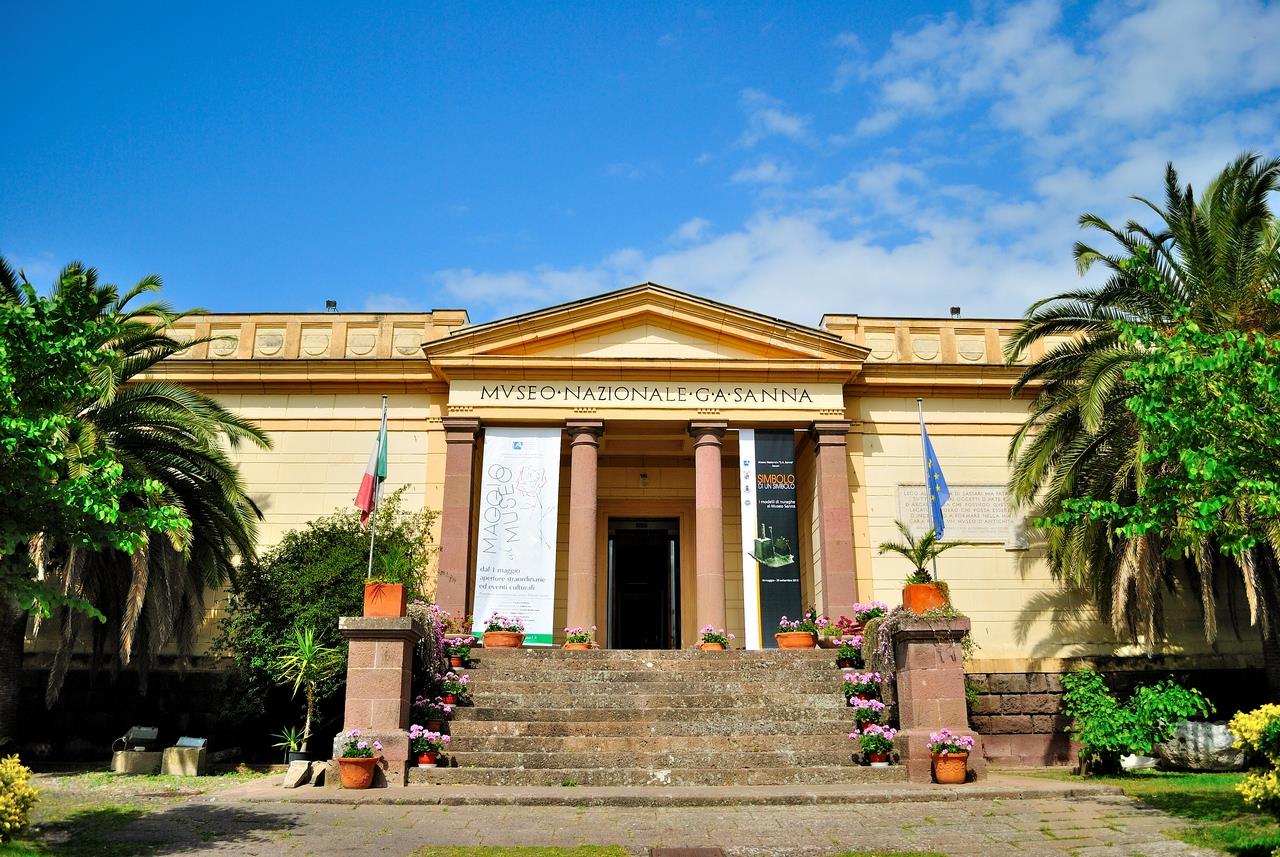 Sassari is the second city for importance, politics and inhabitants (about 120000) in Sardinia. It is situated in the northern part, on a large calcareous tableland and its economy is mostly based on the tertiary sector.

This area has been inhabited since the Neolithic age and it was quite populated during the Roman Conquest, when the colony of Turris Libisonis (Porto Torres) was at the height of its glory; but it is in 1131 that the name of Sassari is quoted for the first time in an official register. The city was founded by the people that left Turris Libisonis, in order escape from the barbarian raids. At the beginning of the XIII century, under the administration of the Judges of Torres, Sassari went through a period of rapid growth, and it became a point of reference for the contacts with Genova and the Italian peninsula. Then it passed into the Pisan's hands and, after the battle of Meloria, under Geneva's domination; in this years some city statutes were issued. Even under the Aragonese government the city kept on growing, while, in 1527, it was conquered by a French expedition, but only for a short time. In the XVIII century it passed under the Austrian domination, until 1720, when, under the Savoy, it became part of the Sardinian-Piedmontese Reign. From 1793 to 1802 Sassari had been the centre of the antifeudal revolts. In 1855, because of a cholera epidemic, the walls of the city had been knocked down.

The old town centre of Sassari is structured on two main lines: one goes from north to south, the other from east to west. The first one starts from Porta Sant'Antonio and ends in Piazza Castello, and it is mainly composed by Corso Vittorio Emanuele, formerly known as Platea de Codinas. Corso Vittorio Emanuele used to be Sassari's main street, on its sides there used to be the arcades, today closed, and the most important buildings of the city, like Palazzo Civico, that has become a theatre, Casa Guarino and Casa Farris. Along the road you can see some beautiful balconies made in wrought iron. In piazza Sant'Antonio a column made by Antonio Tavolata, representing a stanchion, stands: here the main events of Sassari's history have been carved. Not far from here there are Sant'Antonio church and one of the towers belonging to the walls. Following the second line and going through Largo Porta Utzeri and via Maddalenedda you will reach Largo Seminario, where the bishop's palace and the seminary (XVIII century) are. Here are gathered San Nicola cathedral, Palazzo Ducale (XVIII century), the seat of the town council, Santa Caterina church (XVI-XVII century), in late-Renaissance style. Not far from via Rosello you can see some ruins of the walls, the church of Trinità and the recently renewed Rosello Fountain (1600). At the entrance of the city, coming from Alghero, there is the beautiful church of Santa Maria and its monastery; a bit further there are the public gardens, Sassari's small park, and, on the other side of the road, the palace of University. Not far from piazza Castello there is the main square in Sassari: Piazza d'Italia, with the monument in honour of Vittorio Emanuele, Provincia and Giordano palaces. In via Roma there is the archaeological museum “G.A. Sanna”. In viale San Pietro there is the small church of San Pietro in Silki, a country church, now in the city, where the beloved statue of “Madonna delle Grazie” is kept.

On the second-last Sunday of May one of the most important folkloristic happening in Sardinia takes place: the Cavalcata Sarda; it is a passing of traditional costumes, with dances and singings and tasting of local products. But the most heartfelt feast in the city is that of the Candelieri (Li Candareri), on August 14th, in which the delegates of the local “Gremi” renew the vow that the city made to the Lady in occasion of the end of the plague, by carrying heavy wooden stanchions from the church of Rosario to that of Saint Mary. The feast in honour of Madonna delle Grazie, on the last Sunday of May, is very heartfelt, too; the statue of Madonna delle Grazie is taken in procession from the Cathedral of Saint Nicholas to the church of Saint Peter in Silky. The feast in honour of the patron Saint, Saint Nicholas, is on December 6th.

About 15 kilometres far from Sassari, in Porto Torres direction, there is Platamona Beach, a long seashore belonging to the commons of Sassari and of Sorso. Platamona is, like Poetto Beach in Cagliari, Sassari's traditional beach; here you can find well equipped bathing establishments, but the shore is mainly free and, sometimes, abandoned.